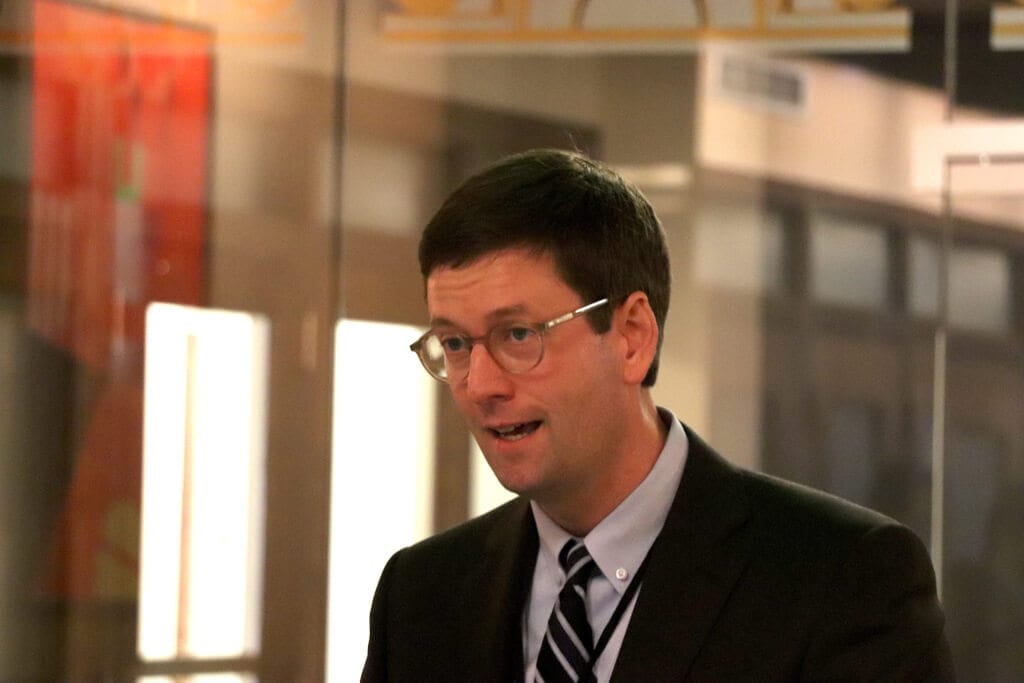 “Our group of experts spent about three hours really working through draft police body-worn camera policy,” said John Buntin, Director of Policy and Community Safety. He said Metro will look at what has worked in other cities before settling on a bodycam policy for Nashville.

NASHVILLE, TN – Six body camera experts came to Nashville this week to confer with MNPD, Public Defender, District Attorney, and the Community Oversight Board. Mayor John Cooper arranged the conference after District Attorney Glen Funk released a report in October 2019 estimating his costs would be around $30 million every year.

The Funk report concluded his office would need to spend an additional $2.5 million in computer costs to prepare video evidence for the 300 trials the DA’s office prosecutes every year. The estimate for the courts was another $2.4 million; Public Defender’s office would need $4 million a year. Total estimated video costs, not counting what MNPD will spend to capture and store video, are $36 million annually.

That’s about twice the $19 million Metro Council approved for bodycams in the summer of 2017. MNPD tested a number of camera systems and Metro now has a 5-year contract with, WATCHGUARD, Inc.

MNPD expects to spend $12-$13 million by 2024 on the technology. That only leaves $6 million from the $19 million and another $6 million Metro Council approved in July 2017 for other related costs. Mayor John Cooper’s 2020 budget will likely include a lot more money for integrating bodycam footage into the court system.

For example, MNPD’s budget request for next year includes salaries for 8 civilian video techs to log and redact video and 24 sergeants to manage bodycam issues at every precinct. That would cost about $2 million a year.

Memphis PD spends $1.8 million a year on their bodycam program. Next month Metro officials will visit Memphis. Cooper told the Tribune he hopes Metro’s costs can be lowered considerably.

MNPD was going to roll out 26 cameras last November but Funk’s report delayed the deployment. This week the Mayor’s office announced those cameras will be on the street by March for traffic, DUI enforcement, and drug interdiction. Another 20 bodycams will be deployed in May 2020.

In the meantime, criminal justice reform advocates are saying it’s taking way too long to put bodycams on the street.

“Since the Driving While black report was released on October 25, 2016, 1,183 days have passed and Nashville has had three mayors, three budgets, three RFPs, two police-related shootings, over $25 million allocated to the MNPD, countless excuses, and very few body cameras,” said Rep John Ray Clemmons (D, Nashville). “We respectfully understand the challenges, but our city’s patience has run out,” he added. Clemmons introduced a bill this week in the House that would require full deployment of Metro’s bodycams by February 10, 2021.

Cooper’s office said the “beta” testing will be evaluated before a full deployment of bodycams begins. MNPD says it plans to deploy about 1500 bodycams and 880 dash cameras by the end of 2021.

MNPD wants to issue each officer two body cameras so one is always charged. They cost about $650 apiece. Hardware, software, and license fees will cost $8.35 million over five years. When all 2380 cameras are deployed they will record about 13,000 hours of video every day.

MNPD spent money on a wireless upload link from patrol cars to the servers. MNPD will buy smartphones so officers can index their video from the field. At the end of their shift, officers will upload their video from their cars while they fill out paperwork at their precinct HQ.

“This is the most efficient means of uploading video to minimize the impact of the officer’s time and the things he has to complete,” said MNPD spokesperson Don Aaron.

The video will be stored on servers. Some are solid state and some are hard disk drives with rotating discs. “The faster drives are used for immediate uploads, the slower drives for long-term storage. It’s cheaper so we save some money that way,” said John Singleton, MNPD’s Director of Information and Technology.

Singleton’s system earmarks the video and links it to an incident report number supplied by police officers when they upload it. It’s similar to how libraries catalog books before they loan them out. But police video will have a shelf life.

“The retention schedule will be different based on how it’s categorized. It could range from a traffic stop–that would likely be (held for) 15 months—to a murder investigation–that might be indefinite. It’s based on the type of video and the incident that it’s associated with, “ Singleton said.

He said MNPD would keep the video for a very long time in a use-of-deadly force incident. “That’s the intent of building a retention schedule–to ensure that we have the video we need when we need it,” he said.

Editing Costs Could Be Lower

If all police video is logged and run through redaction software to blur witnesses faces and protect victims’ privacy, it would take a lot of time and money. Funk’s office estimated they will hire at least 107 people at a cost of $14.5 million.

The bodycam experts Cooper invited thought the total cost estimate of $36 million in the DA’s report was very high.

Unfortunately, there is no way to predict beforehand what bodycam footage needs to be prepared as forensic evidence. The higher cost estimates of trial video err on the side of caution, assuming that all police video will be reviewed for possible use in a court case, disciplinary hearing, or civil trial. But only about 10% would actually end up in court as evidence.

The vast majority of footage would just be stored on the servers and eventually erased. How much video needs to be screened, logged, and redacted is a knotty problem. Wahoo, Nebraska and Arlington, Virginia scrapped their bodycam programs because the after-capture costs were too high.

Bodycam footage can make strange bedfellows and people caught on camera have reason to protect their privacy by hiding their identity. Blurring faces and tweaking audio can do that. But it is frightfully expensive. And it’s an unintended consequence of a system that is supposed to promote transparency and trust in the police and criminal justice system. It may end up doing just the opposite if too much is hidden.

One way to save on redaction costs is to require attorneys or members of the public to sign a protective order promising not to release unredacted police video publicly until after the courts adjudicate a case.

But some police video would have to be redacted or, alternatively, judges could close their courtrooms to the general public. For example, suppose a child endangerment case involved video evidence of a naked child. Metro will need a policy to protect the privacy of victims or at least have a way to decide what video can be released on a case-by-case basis. And that could be a contentious process. Victims, MNPD, attorneys, and the courts all have an interest in how those decisions are made.

When Will Bodycams Be Turned On?

At a press conference Wednesday morning, John Buntin, Cooper’s new Director of Policy and Community Safety, told reporters that city officials need to understand workflows in various departments, what resources would be required, and what policies will govern how video is captured and used.

“Being as clear as possible when the cameras are turned on is a critical part of the policy,” Buntin said. He said in Los Angeles cameras are rolling whenever there is an enforcement action or investigation going on. What Metro policy will be is not determined yet but having one doesn’t mean it will always be followed.

The Memphis PD disciplined 48 officers in 2018 for turning their cameras off. One such incident led to a $10 million lawsuit against the city by Martavious Banks, 25, who was shot during a traffic stop in South Memphis on Sept. 17, 2018.

However, there is evidence that body cameras have had a positive effect. The Commercial Appeal reported a decline in internal affairs complaints since Memphis rolled out body cameras in 2016.

Who Will Decide Who Gets Access to Police Video?

To view police video will not cost anything but copying it will. MNPD’s public records requests are free for the first hour and after that there is a charge based on the hourly wage Metro pays the employee who fulfills the request.

The multi-million bodycam program Metro is about to launch is supposed to increase transparency and build trust in the police force, but it may wind up creating barriers for the people who need it the most.

How, for example, would a defendant view the video of the arrest if he or she is sitting in jail and can’t afford bail? Could MNPD refuse to release video because its officers will be testifying against the defendant at trial? Policy, practice, or laws that limit the availability of footage could cause more problems than they solve.