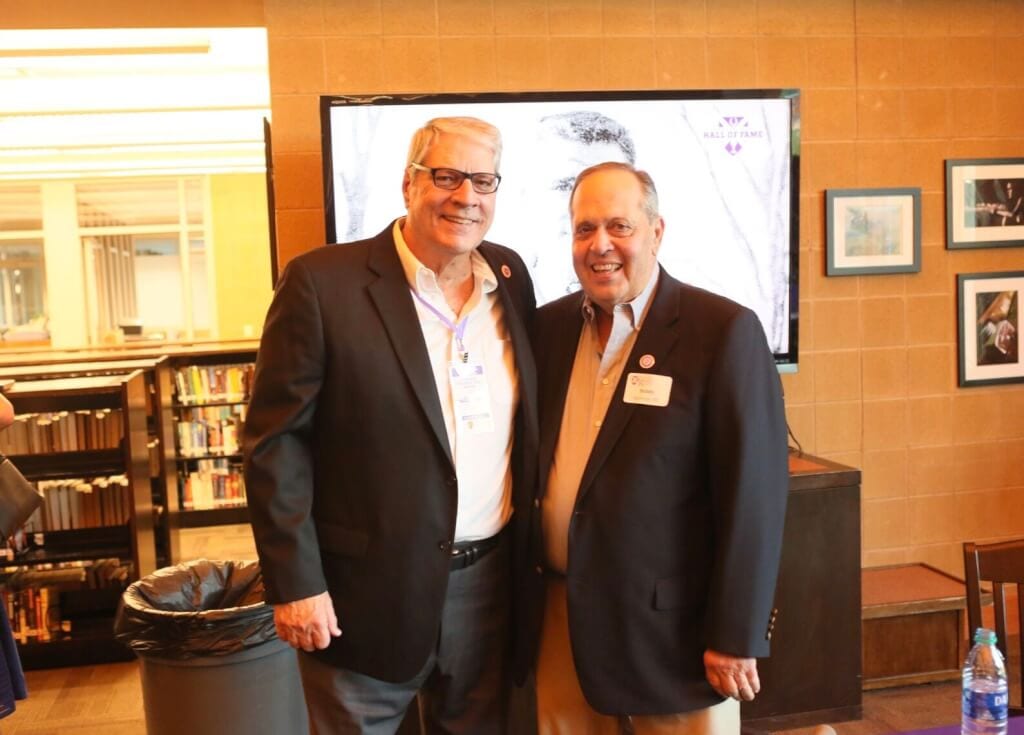 The Athletics Hall of Fame was launched to celebrate the school’s vibrant athletic history, which spans back to 1925 when it was known as Nashville Catholic School for Boys. Since then, Father Ryan has celebrated numerous championships and milestones, such as being the first school to integrate athletics in Tennessee.

Among the inductees were Bill Derrick ‘48 (deceased) who was a Head Coach and made the move to integrate his basketball team in 1963, and Willie Brown ‘65 (deceased), a star of that team and one of the first two African-American athletes at Father Ryan. Also inducted were 1975 U.S. Open Champion Lou Graham ‘56, long-time MTSU head football coach James “Boots” Donnelly ‘61, and Nashville athletic and coaching legend Billy Lynch ‘64.

The oldest living inductee was Jim Hagey ‘46, who walked across the stage at 91 years young to accept his plaque. The youngest inductee was Katie Lee Carter ‘99, whose mother, Paula Holloran Kennedy ‘75, was also inducted.

The festivities kicked off on Thursday night with a reception in the Neuhoff Library, followed by a ribbon cutting ceremony outside the Catignani-Drennan Fieldhouse where the Hall of Fame is engraved in stones around the touchstone adoring the school’s crest. Following that, all 400+ guests in attendance made their way into the fieldhouse for the induction ceremony, which was emceed by Hank Fuerst ‘05.

On Friday, August 30, at the Father Ryan home football opener, the inaugural class will be honored at halftime, with a small group of them serving as honorary captains for the pre-game coin toss.

More information on the inaugural class can be found at: fatherryan.org/hof

In Celebration of the 15th Anniversary of Art, Beats and Lyrics Jack Daniel’s Tennessee Honey Makes $15,000 Contribution to National Museum of African American...

Metro Council’s State of the City