NASHVILLE,TN –  Governor Bill Lee signed his controversial school voucher bill into law Friday, May 24. He ignored a letter from Democratic lawmakers who asked him to wait for the FBI to complete an investigation into the voucher vote. Shelby County Representative Joe Towns, Jr., G.A. Hardaway, Chair of the Tennessee Black Caucus of State Legislators, Representative Barbara Cooper (D-Memphis) and Representative Mike Stewart (D- Nashville), Chairman of the House Democratic Caucus, signed the letter to Lee.

They noted in their letter that the bill was tied 49-49 in the house on April 23 but the voting was held open by now disgraced Speaker Glenn Casada. Knox County Representative Jason Zachary switched his “No” vote to ”Yes” and broke the tie after a 40-minute delay. Zachary reportedly received assurances from Casada that Knox County could withdraw from the voucher program at some later time.

Democrats cried foul although such manipulations of close votes are not unheard of in the Tennessee Legislature. In 2002 Former House Speaker Jimmy Naifeh, (D-Covington) kept a vote open for two hours but ultimately failed to convince lawmakers to approve a state income tax. The FBI is investigating if improper incentives were offered to gain passage of the voucher bill in the House.

Here is the letter sent by Democratic lawmakers to Governor Bill Lee Friday, May 25. 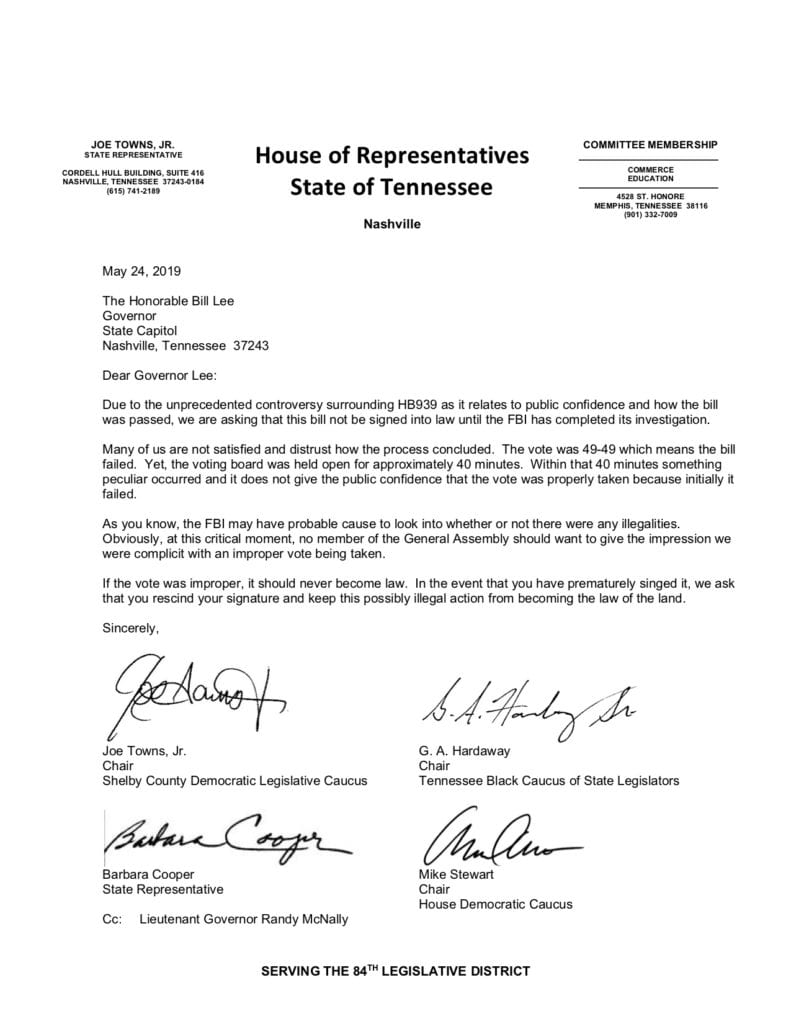