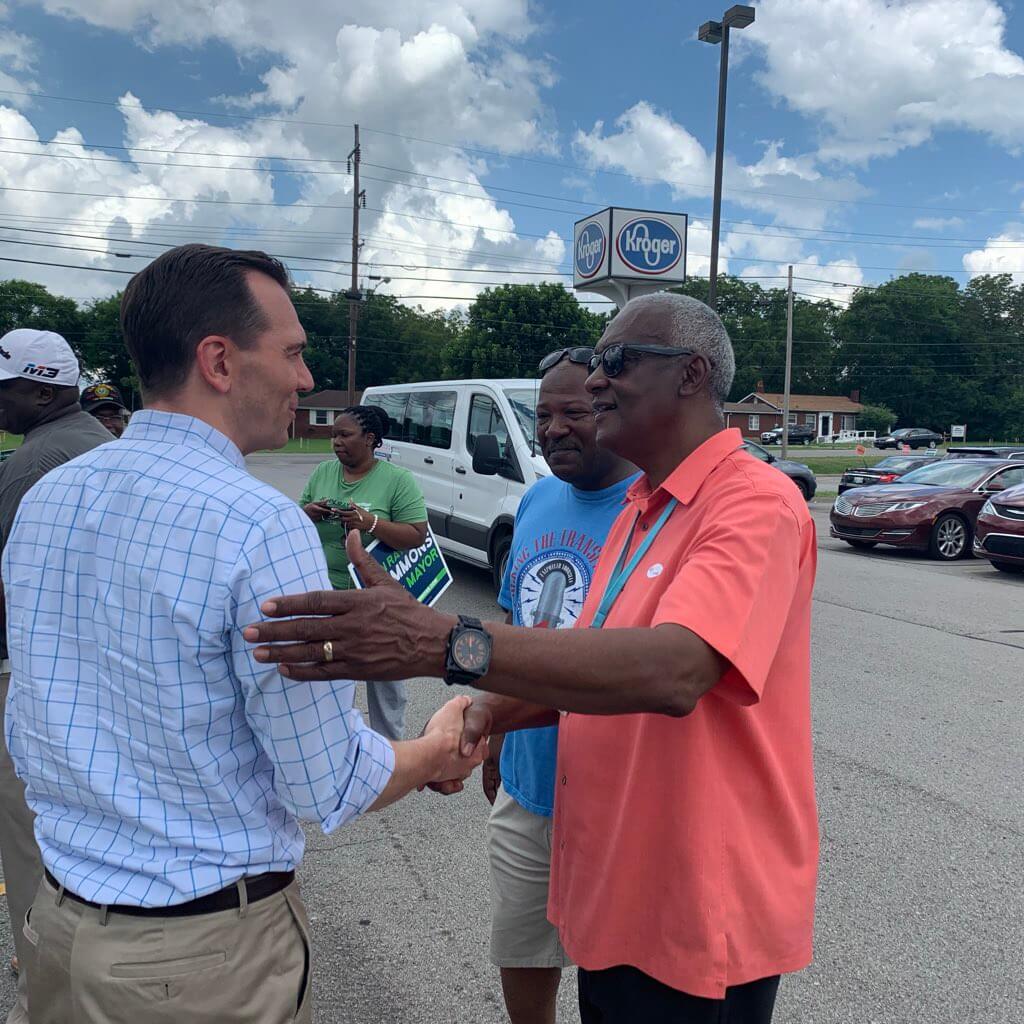 Clemmons mingled with voters for nearly an hour, sharing his gratitude with the union for their overwhelming support. “I’m honored to earn the support of the ATU. Transportation in Nashville is a serious issue, and for too long our city leaders have ignored it,” said Clemmons. “We can’t afford to cripple the little transportation infrastructure we have, and we must support our residents who work tirelessly to make mobility possible for all Nashvillians.” 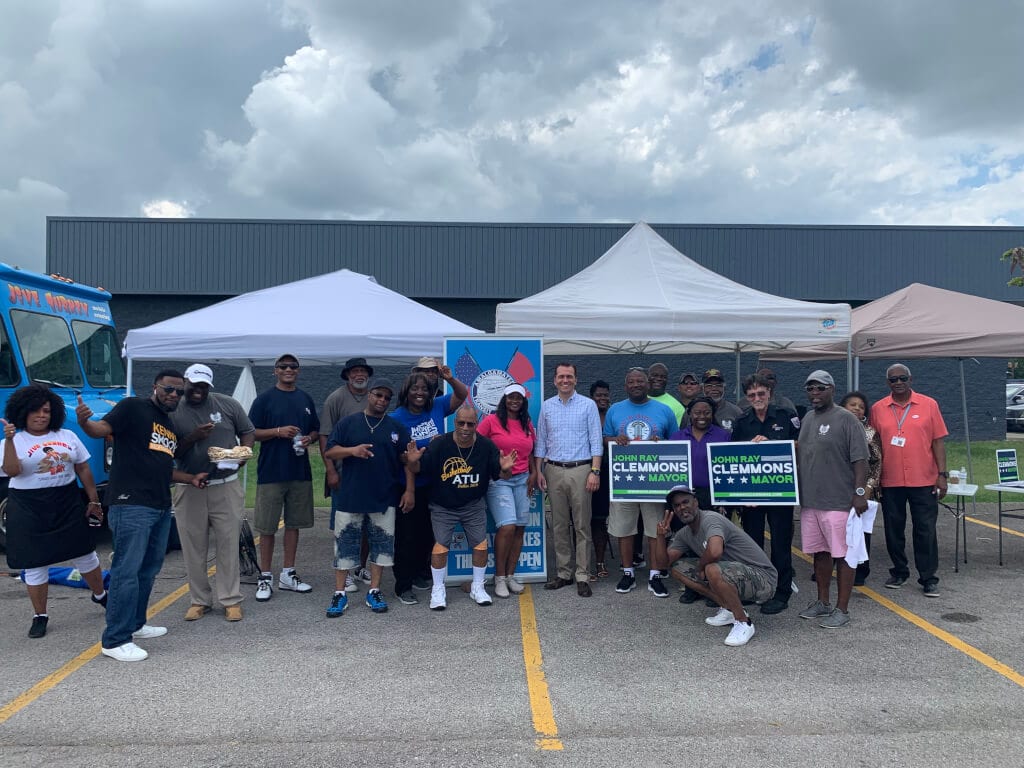 The union, made up of almost 1,000 transit workers in and around Nashville, announced the endorsement of Clemmons 3 weeks ago. “The other candidates tout their role in defeating the transit referendum to which the direct result is an underfunded transit agency that negatively impacts the quality of life of working families, underemployed community members, and transit- dependent Nashvillians,” said Patrick Green, the president of Local 1235. “A candidate we can trust is what our union and working families need, and the candidate we trust is John Ray Clemmons.”

It’s true that Clemmons seems to be the only candidate who has made supporting public
transportation and transit workers a priority. He was the first candidate to establish a clear,
uniform platform on transportation issues, most notably distinguishing himself by being the only candidate to commit to a transit referendum in his first term. His statements on building out an equitable 21st-century transit plan have gained widespread audience approval in his mayoral forum appearances.

Clemmons’ full mobility policy, containing ideas central to the campaign since its launch in January 2019, can be found at johnrayclemmons.com/traffic. He has also been endorsed by the Central Labor Council, the Metropolitan Nashville Education Association, the Communications Workers of America Local 3808, and many other organized labor groups. Early voting ends on July 27, and Election Day is August 1.