East boys await word from TSSAA if they will go for the gold ball.

The East Nashville boys’ basketball has a new leader. Nicknamed “The General” in his playing days at Glencliff High School in the 1980’s, Avery Patton brings a hard-nosed, old school approach to the hardwood. Patton, the top assistant for former head coach Jim Fey, since 2010-11 looks to continue the winning tradition at East.
“Fey brought me in to help out because he saw something special in the students here,” said Patton. “We have been blessed with some great athletes. The wins are great, but we want to build great young men and women. That has worked out pretty good for us thus far.”

Since Patton’s arrival, there has been a renaissance in sports at East. The boys’ basketball team has made it to the regional for the 10 years he has been there. During those years, they have advanced to the state tournament six times, playing in the championship game twice, including this year. This past April, Fey resigned and took a job at Summit High School which left the door open for Patton.

Once hired, Patton went to work hiring his staff. His first hire was longtime East fan Lamont “Eggs” Bowers as his basketball operations director. Patton then hired former East girls’ basketball assistant Kyle Upton. Upton is the cousin of former East two-sport star Isiah Upton and former East girls’ basketball star Kaia Upton. Patton’s next hire was Shawn Williams as his junior varsity coach. Patton has been a pillar in the Nashville community, so it wasn’t a surprise to see elected officials, his family and dignitaries at East games. 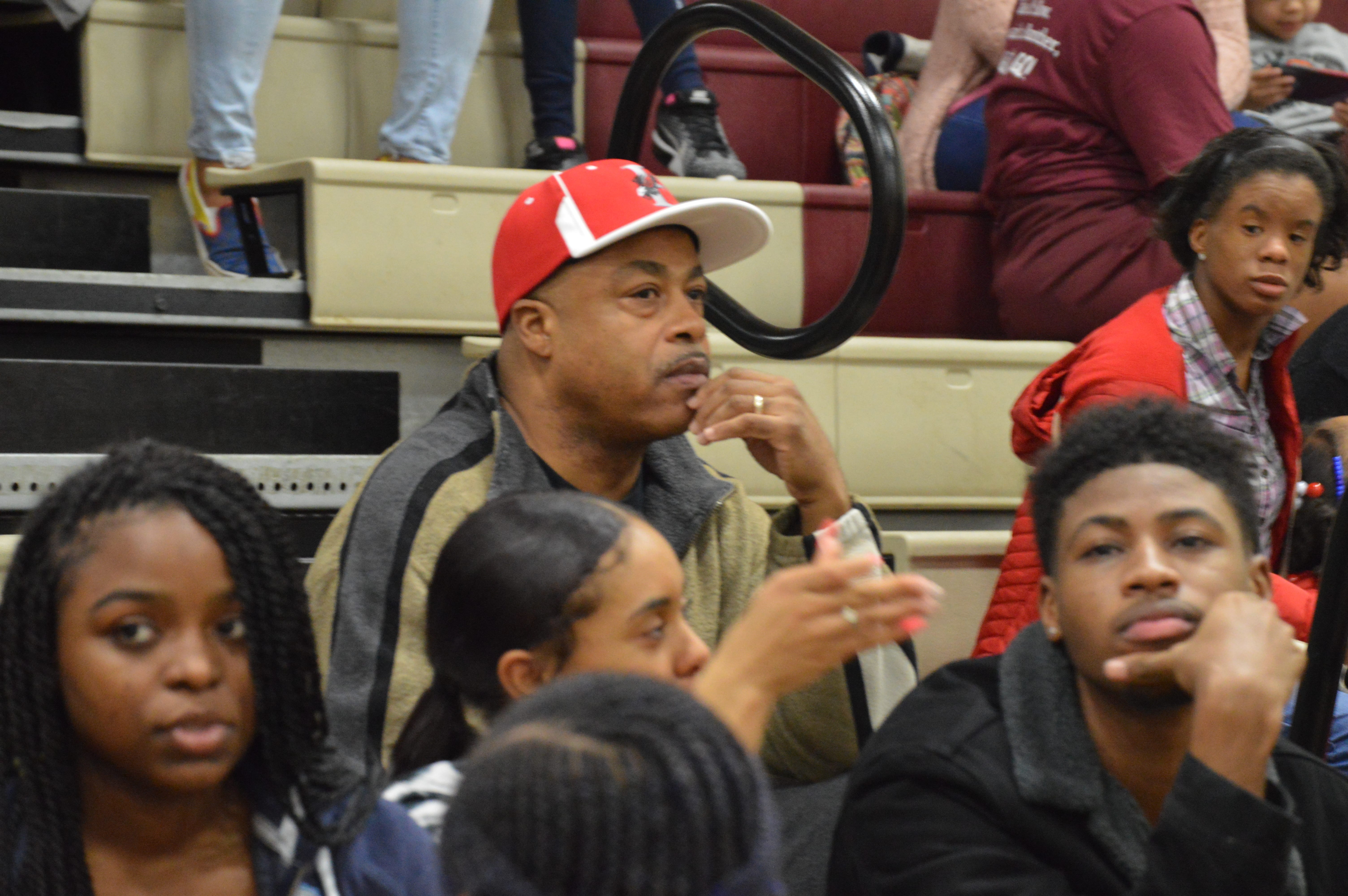 “The support we have here is amazing,” said Patton. “The administration is behind us. Kyle helped the girls win a state championship. “Eggs” has been a huge supporter of all sports here at East. I hired Shawn because of his success at the junior high level. Our sports information director Scott Wallace is a huge help along with our stat person Shanita (Gleaves) who played here. We have a number of managers too that make my job easier.”
Patton, a former All American at Trevecca Nazarene University, believes in the term student-athlete. Every day he sacrifices his 9 to 5 lunch hour and comes to East to monitor the lunchroom. After school, his team goes to study hall before practicing at 5:30pm. On road games, his players wear a collared shirt and tie.

East Magnet head boys basketball coach Avery Patton and his team.The team advanced to their second straight berth to the state finals tournament in Murfreesboro. District foe Pearl-Cohn High School also made it. East came in second in the District 10AA regular season, district tournament, Region 5AA tournament to Pearl-Cohn but defeated a 30-1 Community High School team in the sub-state in front of a sellout road crowd. The CORVID-19 pandemic has delayed the tournament. The unknown of the virus have teams in limbo. That hasn’t stopped the fire Patton has for winning it all.
“We want a gold ball, said Patton. “Our district has prepared us for the postseason. Every night is a dogfight. We have been working hard every day to get back to Murfreesboro. My hope is that we finally get over the hump and win one.

By McKinley Young Jr. Metro Sports writer Tennessee Tribune   The Middle Tennessee Bulldawgs, coming off a successful inaugural season in 2017, has decided to journey into the deep end of the developmental football […]

Takes on 2017 runners-up Chattanooga this Saturday By McKinley Young Jr. NASHVILLE- The Middle Tennessee Bulldawgs, in their inaugural 2017 season won two championships in different leagues and were invited to a national championship […]