NASHVILLE, TN — This fall the Belcourt Theatre brings back another offering of Strong Leads: A Film Seminar for High School Girls, but this time in a virtual version. Students will watch selected films on their own and meet virtually on Mondays. The series begins Oct. 26 and continues through Nov. 23. The films will be shown from 4-5 p.m., and also include group discussions.

In addition, the Belcourt is partnering with the Nashville Filmmakers Guild to jointly host a series of online film production discussions called Shop Talk. The first discussion will be on Tuesday, Oct. 27 at 7 p.m.. will focus on the importance of a diverse film crew. Both Strong Leads and Shop Talk are presentations of the Belcourt’s education and engagement program, and both are offered at no cost (though participation in Strong Leads is by application).

“We have such a strong slate of films for this virtual Strong Leads. We’ll focus on five terrific films from an array of cultures, leading off with the excellent documentary HALF THE PICTURE, which essentially makes the case for why we offer Strong Leads in the first place,”  Allison Inman, the Belcourt’s education and engagement director, said in a press release. “We’ll follow it up with films from Zambia to Canada, from Southeast Los Angeles to Tel Aviv. Girls in past seminars have expressed how much they enjoy stories of girlhood and womanhood from outside their own culture.” 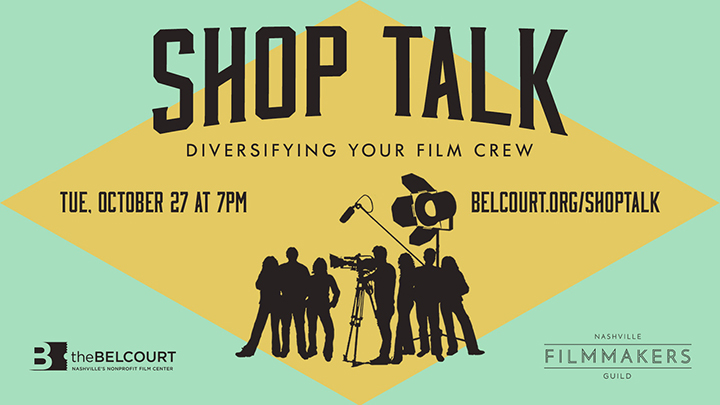 “I’m also thrilled to finally launch Shop Talk, a series of discussions we’ve been planning for some time with the Nashville Filmmakers Guild. We hope to provide an opportunity for Nashville filmmakers to network, share resources, and build an even stronger film community. Like Strong Leads, Shop Talk gives us a forum to address problems with racial representation on screen and onset. We are so grateful to the Nashville Filmmakers Guild, and especially to producer Meleisha Edwards, for making this opportunity possible. Meleisha is passionate about moving the film industry forward, which makes her not only a stellar producer but also a leader in Nashville’s film community.”

This fall’s Strong Leads selections include: