Franklin, TN (TN Tribune)–Franklin Mayor Dr. Ken Moore announced this week the creation of a scholarship fund in honor of the late City of Franklin Alderman Pearl Bransford, for an individual or individuals pursuing the study of health sciences through Columbia State Community College. 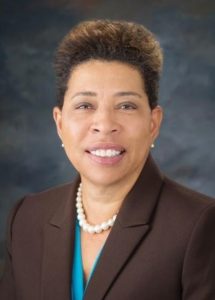 The Pearl Bransford Memorial Scholarship is being created in conjunction with Franklin Tomorrow and the family of the late Alderman Pearl Bransford, but is open for contributions from the public.

Franklin Tomorrow will collect initial donations and it is the intent of organizers to endow the scholarship through Columbia State Community College in the first quarter of 2021.

Alderman Bransford was a resident of Franklin for more than 35 years, spending almost 25 years as an elected official in Franklin, first for 11 years on the Franklin Special School District Board of Education and then 13 years as a member of the Franklin Board of Mayor and Aldermen.

Her public service was an amplification of her outstanding professional career in nursing. She received a BS in Nursing from Tennessee State University, BS in Health Arts from University of St. Francis, Joliet, Ill., and an MS in Nursing from Vanderbilt University. She served in a variety of leadership and teaching roles during her 18 years at Vanderbilt University Medical Center and was highly respected by the professionals and students with whom she worked.

She was the recipient of the 2008 Booker Award which recognizes citizens who are living examples of those who value education and the obligation one has to make their own community.

In being one of the first donors to the fund, Mayor Moore said he and his wife Linda felt the establishment of a scholarship in Alderman Bransford’s honor was in keeping with her support of education, the health sciences, and Columbia State Community College. She and her husband Henry “Hank” Bransford were supporters of the construction of the Williamson County campus on Liberty Pike, with a classroom bearing a plaque honoring their financial contribution.

“Alderman Bransford’s work as a member of the Board of Mayor and Aldermen and on the Franklin Special School District Board of Education has had a lasting impact and this fund will ensure her legacy in the medical field is ongoing as students emulate her in their professional lives,” Moore said. “By associating the scholarship with Columbia State Community College, we are continuing Pearl’s commitment to Columbia State, but also the community and its future.”

The Bransford family is supporting the scholarship with a donation and funds from Bransford’s campaign treasury will also be used toward the endowment. All donations to the fund through Franklin Tomorrow are tax-deductible, according to Board Chair Allena Bell.

“She was a great mentor and friend. I always received great wisdom and unique perspectives to aid my legacy of service for our Franklin community,” said Bell, who herself serves on the Franklin Special School District Board of Education.

To contribute to the initial funding of the scholarship, send checks to Franklin Tomorrow, P.O. Box 383, Franklin, TN 37065, marking “Bransford Scholarship” on the memo line. Online giving is available as well through Franklin Tomorrow’s website here.

TN VOTE, Images of Tennesseans Exercising the Right to Vote

Nashville–As of October 13, TN Promise applications are down 20 percent across Tennessee. At this rate, more than 10,000 Tennessee high school seniors will not take advantage of this opportunity compared to seniors from the […]

Ladies of Williamson County Stroll to the Poll

October 27, 2020 Article Submitted Local, Uncategorized Comments Off on Ladies of Williamson County Stroll to the Poll

Franklin, TN—Ladies of Williamson County took their voting support to the polls on Saturday, October 24, 2020.  As the November election draws near, anticipation fills the spirit of these African American ladies. They are truly […]